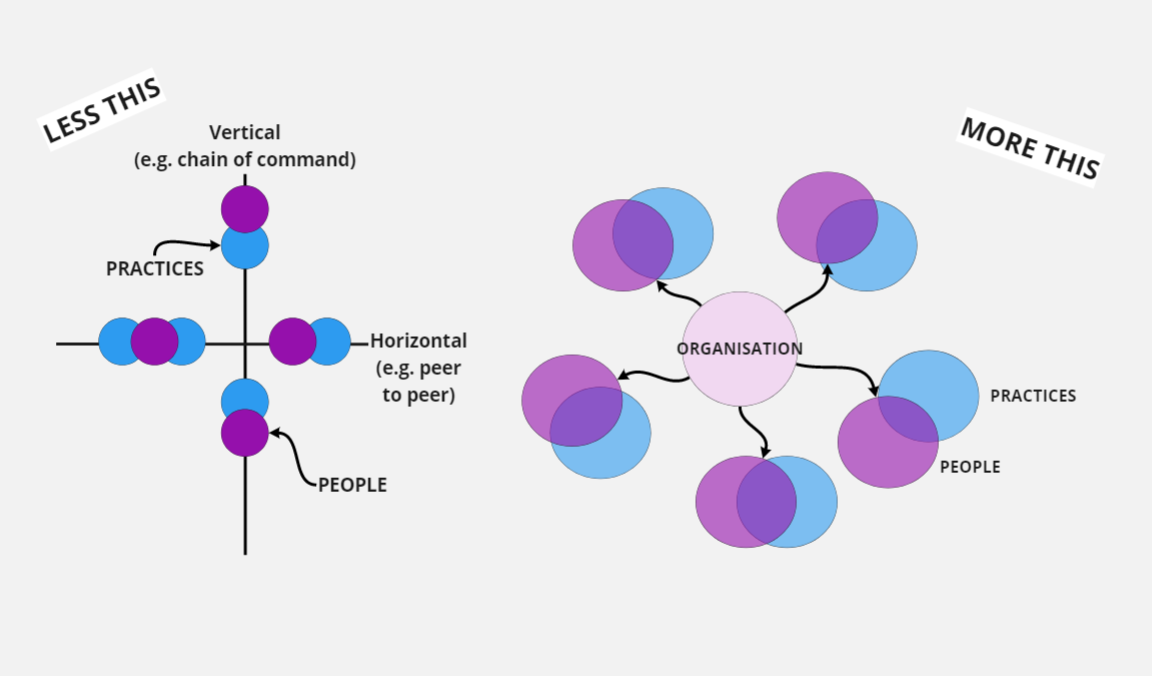 Posted at 17:00h in Blog by Anaïs Carlton-Parada

It’s time to take stock of where we’ve been, where we are, and where we’re going. Most research projects are beholden to funders or other entities that ask for deliverables, including an update on what the project actually achieved. Proposal writing always encourages a clear path and a focus on feasibility- perhaps in part because they know that the end result will be far more complicated. Indeed, the influence of funding institutions on research communities is a longstanding conversation within participatory design, both in terms of how it affects relationships between designers and their participatory communities (Björgvinsson et al 2012) and how it directly affects the outcomes of design projects (Kyng 2010, Whittle 2014). Therefore, we would be wary of research that doesn’t evolve and respond to insights and knowledge produced along the way. Good research involving people is often messy, sometimes disjointed, but always improving upon itself and, therefore, always changing.

Our project is no different. Our initial exploration into counter-frames led us to focusing on counter-actions. We were interested in how counter-frames could be mobilised to unsettle institutionalised frames and practices, as a means of community building through constructive opposition and dissensus (Prendeville, Syperek and Santamaria, Forthcoming). In attempting to unpack these counter-actions with our partner organisations, we found that these framing actions were evidence of something larger, the way those organisations and their networks were challenging and reinforcing values and practices. This often included a way of naming those values and practices, such as a sociocracy or a cooperatives, particularly horizontal practices and critiques on the horizontalism/verticalism binary (Nunes 2021, Süß 2021). The more we broke down the defining features of these two frameworks, the more we realized that we needed to move away from horizontalism and verticalism as two discrete types of practices, the former being disruptive to the later. For instance, we might encounter an organisation that works to strengthen leadership  within local communities, as a grassroots operation, but is still beholden to a strong hierarchy of governmental power brokers to enact policy change. Therefore, we started to focus on the reality of daily practices within an organisation—or any community for that matter. Organisational structures, like cooperatives, sociocracies, and democracies, all contain moments, interactions, and bits of daily life that may be ‘horizontal’, ‘vertical’, both, and neither. It is more significant for us to investigate these moments and see what they can tell us about where dissensus lies, and what that dissensus can teach us.

The Future is Collaboration

In that vein, we have begun planning workshops informed by our design research approach that will dive deep into organisational structuring, as a process that (re)creates these organisations and their communities through everyday moments and practices. We also propose that instead of attempting to turn dissensus into consensus, we work toward productive dissensus. Our initial idea, that frames always act in relation to other frames and that they can fluctuate to accommodate the desires and interests of other groups, is still embedded in the research. We are still talking about interactions which often involve framing (like an organisation pitching to a funder, appealing to a political party, or searching for collaborators), but it is not just that kind of interaction that is significant. Alignments are formed in other ways, hierarchies are reinforced or broken, consensus is made and unmade, solidarities are reinforced, and so on.

Where will we go from here? We will begin workshopping with partners and collaborators to see how small, everyday practices inform their organisational structuring, how they understand themselves, and how they might be framed by others in their respective fields. In so doing, we hope to extend our project outside of its timeline through generative design that can be reproduced within other organisations and broader communities.  If you are interested in collaborating with us on future iterations of the workshop, please get in touch via our website or social media platforms.

Kyng, M. (2010) Bridging the Gap Between Politics and Techniques: On the next practices of paticipatory design. Scandanavian Journal of Information Systems 22(1): Pp. 49-67.

Nunes, R. (2021) Neither Vertical Nor Horizontal: A Theory of Political Organization. Verso Books.

Whittle, Jon (2014, October) How Much Participation is Enough? A comparison of six participatory design projects in terms of outcomes. Proceedings of the 13th Participatory Design Conference: Research Papers- Volume 1 (pp. 121-130).